Hi there! And welcome.

I guess it’s a weird thing seeing a company introduction blog post stating “we failed plenty” in the title, but crazy enough our entire business model is based on that premise.

Let me explain a bit.

Most of us have been working as some form of software developer or a designer, or a project manager, CTO, whatever, for many years. Domagoj who is our eldest and CEO has been building mobile apps since the 90s, so yeah, we’re talking some real nokia 3310 coding magic.

Being the creative types we are, none of us could stay long at positions with repetitive tasks, or in large companies and corporations. Little by little as we got better at our jobs, we gravitated towards the startup sector of the industry.

With that metaphor in mind you can think of us as your labyrint tour guide. We take you around the maze, reveal few historical facts along the way, and then escort you to the nearest exit. You can say we’ve been around. We’ve been around in the startup scene long enough to see a very large number of ways a startup can flop.

A few years back I was working on one such start up (that failed), I lost a decent amount of money, CEO was a hoax, BUT the development team was awesome. In terms of the development process it was one of the easiest projects I have ever worked on, everyone knew exactly what their job was, and knew how to do it.

As the project tanked, the four of us in the development team, kind of spontaneously just kept on working together, one thing led to another, and a few months later Sintezis was born. In the first couple of weeks we largely discussed about what are we actually doing or selling. The overall consensus was that we are all creative types, who constantly need to be on the fringe and learn new things, so no wonder we all ended up meeting on a start up project.

The other thing we all agreed on was the fact that no one was surprised that the project nuked.

Again, one thing lead to another, and soon we realised we have this large data bank of past startup projects we’ve worked on, with clear reasons why they failed. We also noticed that most of the failures where caused by a small number of repetative mistakes

When we started to abstract what the most common problems are, a process started to unveil, series of actions we could take to prevent a startup to fail, up its chances. We realised that knowledge could be valuable to our customers

Statistics is a startup’s worst enemy. You will most probably fail, numbers don’t lie. That doesn’t mean you shouldn’t do it. Because next time you do it your chances will go up a bit, and the next time they will go up again, and the next time, and the next… Well, the reality is that most people are not Elon Musk, and don’t have millions to spend until they learn how to launch a successful startup, or a rocket.

With that in mind we detected a niche we could fill, after all we definitely knew how NOT to launch a startup.

While there is nothing wrong with those kind of approaches, something kept bugging me. This cool sentence that Steve Wozniak said in some interview:

Why would you work with us? Why would anyone? What would it take for you to entrust us with your dream project and thousands of dollars along with it?

Trust, trust would make you do that. So, how do we build that trust?

We show off with some projects, show you our case studies, pull together an impressive portfolio… But still, there is a problem, you still don’t know if we’ve been honest. We could’ve faked it, the portfolio, case studies, everything. As far as you know the company is one very imaginative dude scamming people for money.

So how would you know? I doesn’t make much sense to admit a failure or a long series of failures unless it’s true. Who would do that? Most of the people I worked with advised me not to put it up front. “It’s bad marketing” or “bad sales”. But I beg to differ, I think putting it out there invokes trust.

And trust is good marketing.

Admitting you failed makes you human, makes you honest, makes you someone people can confine to and therefore trust. And if you can prove that you’ve learned from the failures you’ve experienced, then you are useful to other people going through the same experiences.

Now at this point I might be painting a picture of an incompetent bunch. We do actually build things that work, and people use them. But if we are talking about trust I dont think flashy portfolios, sparkling website and app store links are enough to communicate the fact that you can trust us with your project.

What makes a person trust you is knowing you can take a hit for them and they can still depend on you. And I guess what I’m trying to say is, we can take a hit.

Oh boy can we take it.

No really, meet the team…

There’s a cool joke about engineers, goes something like this…

“Arguing with an engineer is like wrestling a pig in the mud, after a few hours you figure out the pig likes it”

If ever I ask myself, what am I, most of the times this joke answers it for me, and I can say that the rest of the guys and girls are pretty much the same. We are a bunch of pigs who like to wrestle in the mud. We like to get hit, we don’t actually want to exit the maze, we just like to help people get through it.

At this point it feels to me I should segue into the 3rd act and form some kind of a conclusion about who will you work with if you decide to work with us. Right when we started the company, as it happens, some investors were interested in buying in. Accompanied with the pitch deck we’ve put together was a small website where I tried to describe who we are and why they should give us money. I’ve thought about rewriting some of the bits and putting them in this post, but now as I read them I decided to just put it in verbatim, my note to the investors.

“It’s hard to sum up a group of characters into a page, a paragraph, a story.

But if there is a common denominator to our group, best to describe us, then it would be: We don’t give up.

We are stupidly stubborn, we think building things matter even if facing insurmountable odds. Using LEGOs, wood, code, bolts and steel, we are engineers, but much deeper than that we are creators.

We constantly envision new things to build, and it’s not a conscious choice that compels us. If you would ask any of us why we do what we do, you wouldn’t be able to get a straight answer, you would be confused, bedazzled except for one clear thing. You would feel our passion for the things we do. You would see that there is something behind the tech talk, the diagrams, flashy websites.

There is no creation.”

We didn’t get the money.  Hope to see you in the maze. 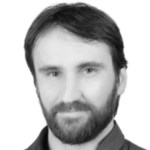